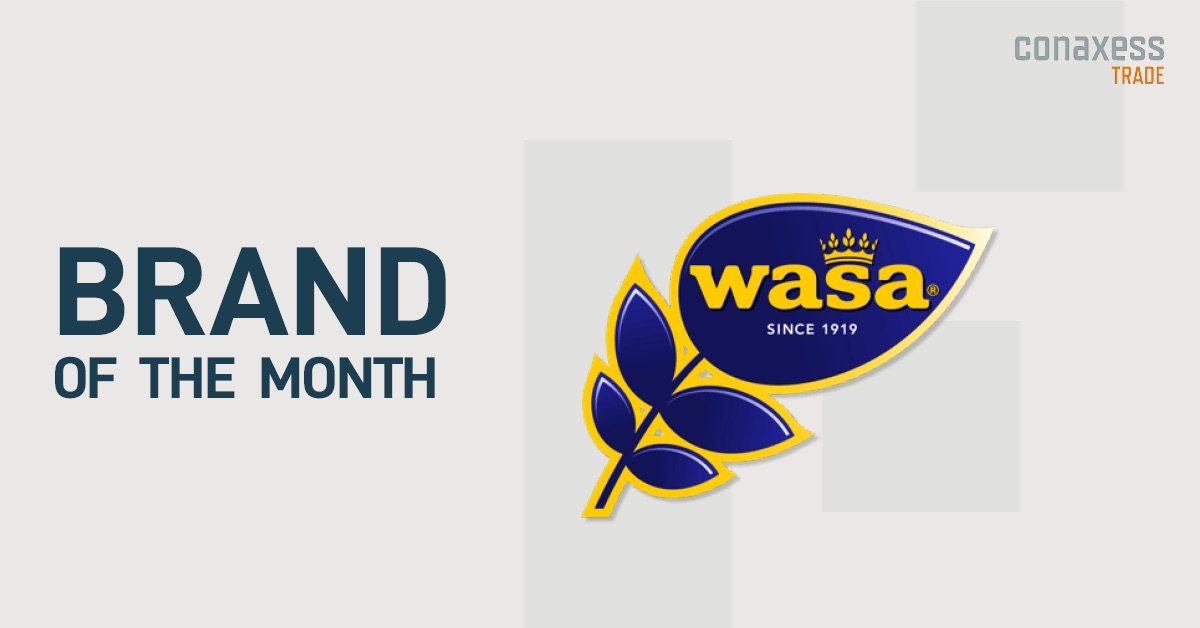 Brand of the month, Denmark: Wasa

Happy anniversary to the world’s largest producer of crispbread, Wasa.

Since 1919, Wasa has produced crispbread based on proud artisanal traditions and good raw materials. Wasa ensures the right quality, taste and consistency, and is exactly the reason why Wasa is many people’s favorite crispbread.

Wasa is constantly developing new exciting variants which keep up with the times. Therefore, you will find a wide selection of crispbreads, crackers and snacks which are suitable for both the breakfast table, the lunch and the midnight snack, but also for the snack and the cheese table. At the same time, Wasa is available in both coarse and light varieties, which means that there is a variation for any taste.

Today, Wasa is selling its products in 40 different countries, from Scandinavia till America. The Wasa Bakeries are situated in Filipstad Sweden, and in Celle Germany. In 1999 Wasa became part of the Barilla Group.

At Wasa, they believe that stepping up for the planet by reducing the carbon footprint and becoming CO2 compensated is the right thing to do and in line with their core values – Love of Nature, Progressiveness and promoting a healthy lifestyle for present and future generations.

Wasa measures and reduces its carbon footprint from field to the shelf. They compensate to zero any remaining emissions by promoting renewable energy and rainforest preservation in accordance with international standards. The Wasa brand has achieved 100% carbon compensation by reducing and compensating its residual CO2 (carbon dioxide) emissions that are directly related to climate change at a global level.

Conaxess Trade Norway in a new partnership with Bonduelle