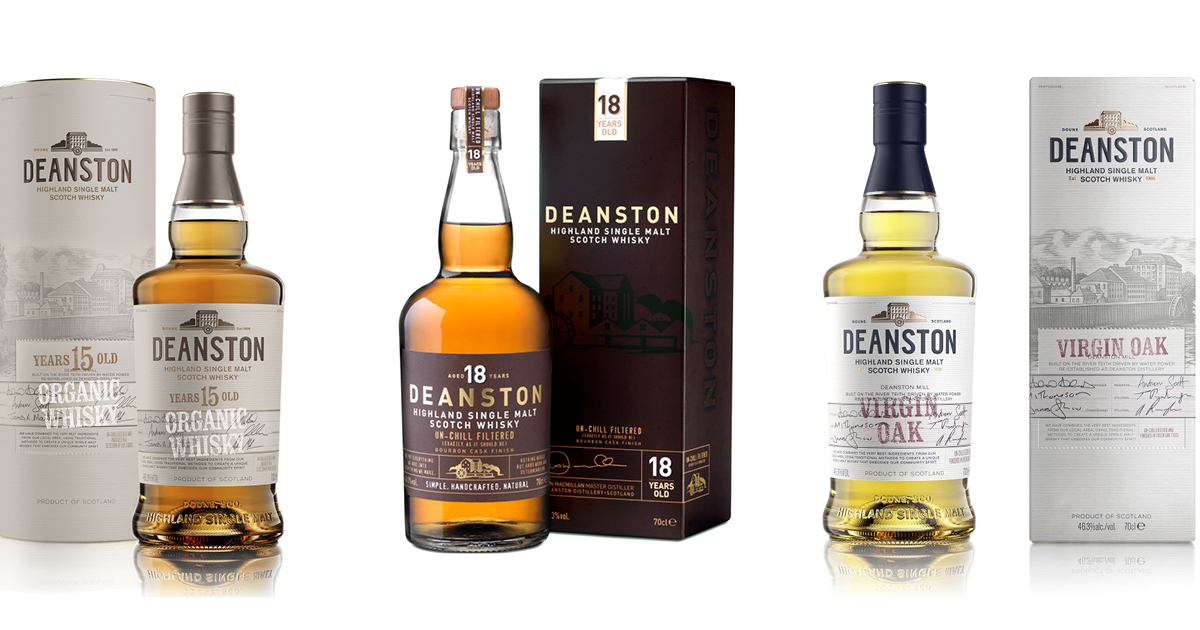 Deanston Distillery was established in 1966 in the buildings of a former cotton mill, that on its peak employed nearly 1500 people back in the 1800 Century.

The opening of the Deanston Distillery marked a turning point for the local community, after years of recession and lost jobs.

Today Deanston is a unique distillery with a minimum of technology involved for their Highland Single Malts, – a truly crafted brand. The power supply comes from their own turbines and environmental protection is important for Deanston. The Distillery only use Scottish grain and the range also includes organic Single Malts.

Deanston Single Malts reflects the best from the region and is a proud representative of the Highlands.