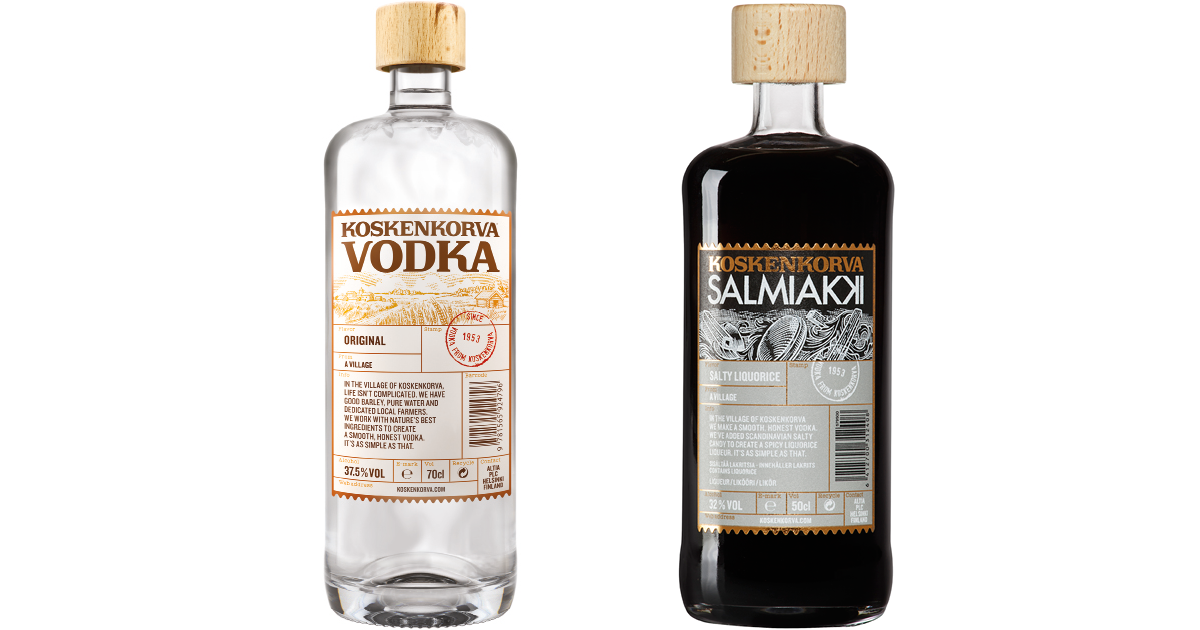 Koskenkorva Vodka is made in the Village of Koskenkorva, in the vast farmlands of Western Finland. It’s the only globally known vodka named after the village where it’s made in, and it has been produced since 1953.

The farmers of Koskenkorva are honest, dedicated and hard-working people. They’ve been the backbone of Koskenkorva Vodka for six decades. And most have worked as farmers already for generations.

Our vodka is distilled through a state-of-the-art continuous distillation process. This is the reason why one of the world’s purest ethanols does not require separate carbon filtering.