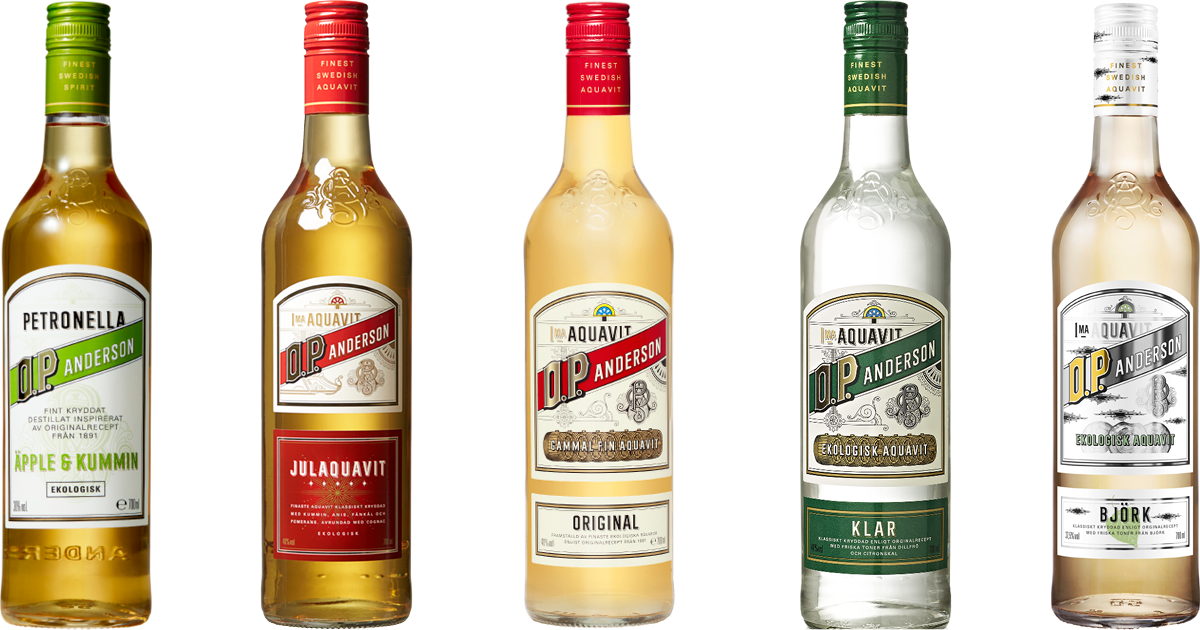 The tradition of adding herbs in spirits started out in herbal medicine and came to Sweden in the 16th century. People began to drink this spiced aquavit for non-medical reasons and the foundation was made for a tasty Swedish tradition. In 1891, Carl August Anderson launched his own aquavit version, named it O.P. Anderson after his father, and seasoned it with caraway, aniseed and fennel, and matured in oak barrels for eight months. This is one of the oldest aquavits on the Swedish market and it is still one of the most popular. Since 2002, O.P. Anderson has been made from all organic ingredients.