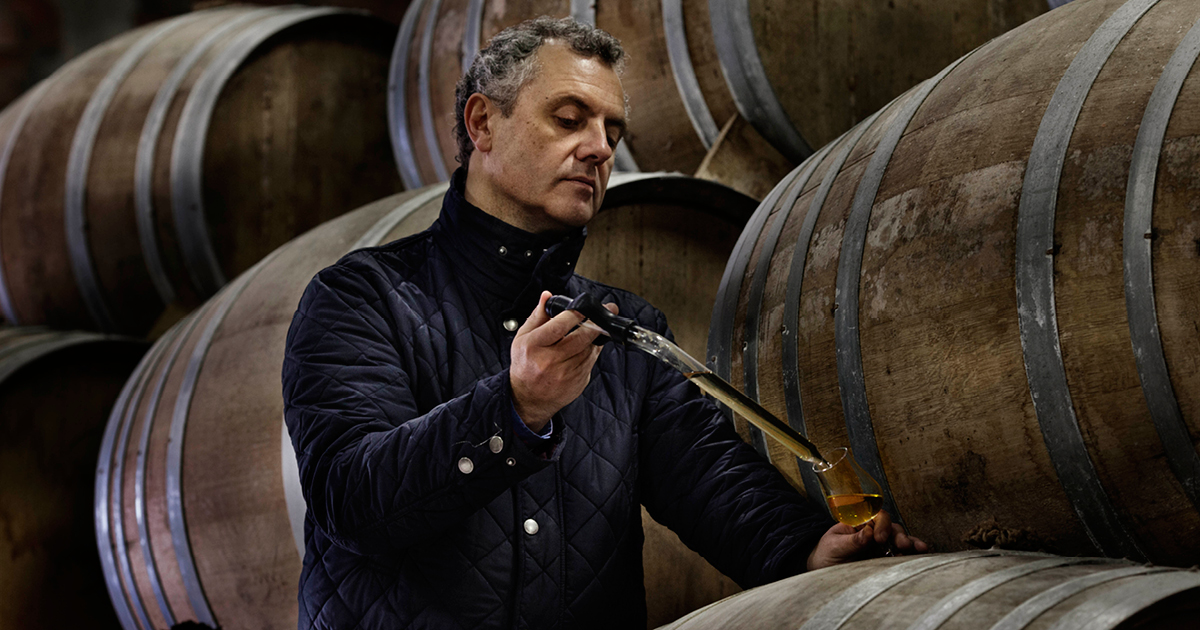 Jean Antonin Renault, a 25-year-old Charentais businessman created Renault Cognac in the town of Cognac in 1835. Jean Antonin Renault was the first cognac maker to ship his cognac in bottles which guaranteed that the cognac kept its original taste and delicate flavours. Renault was a great voyager and he started to sell cognac during his travels to Scandinavia, Germany, Eastern Europe, Iceland, the Americas and Asia.

The flagship of Renault Cognac House is the iconic Carte Noire blend which received a registered trademark in the United Kingdom in 1876 – making it one of the oldest cognac recipes still in use. Today, Renault Cognacs are still produced in the spirit of Jean Antonin Renault in the heart of the Cognac region.
Renault cognacs start the ageing process in new barrels which give the eaux-de-vie its rich amber and golden colour and help develop flavour and aroma. After six months, the eaux-de-vie is moved to older barrels which concentrate the aromas and develop new flavours, richness and complexity. The process of storage and ageing in older barrels lasts up to 50 years.

Blending is the most important part of the process when making excellent cognac. There is a huge number of barrels of eaux-de-vie in Renault cellars and the aromatic palette is huge – creating the ideal balance of taste and aroma is craftsmanship in its finest form. For example, Renault Carte Noire cognacs are created by blending more than 50 different, carefully selected eaux-de-vie. Renault master blender David Croizet guarantees that Renault maintains its distinctive flavour year after year. His experience, intuition and passion are especially crucial when finding the right selection of eaux-de-vie from different vintages and growths. As said, blending really makes the difference. 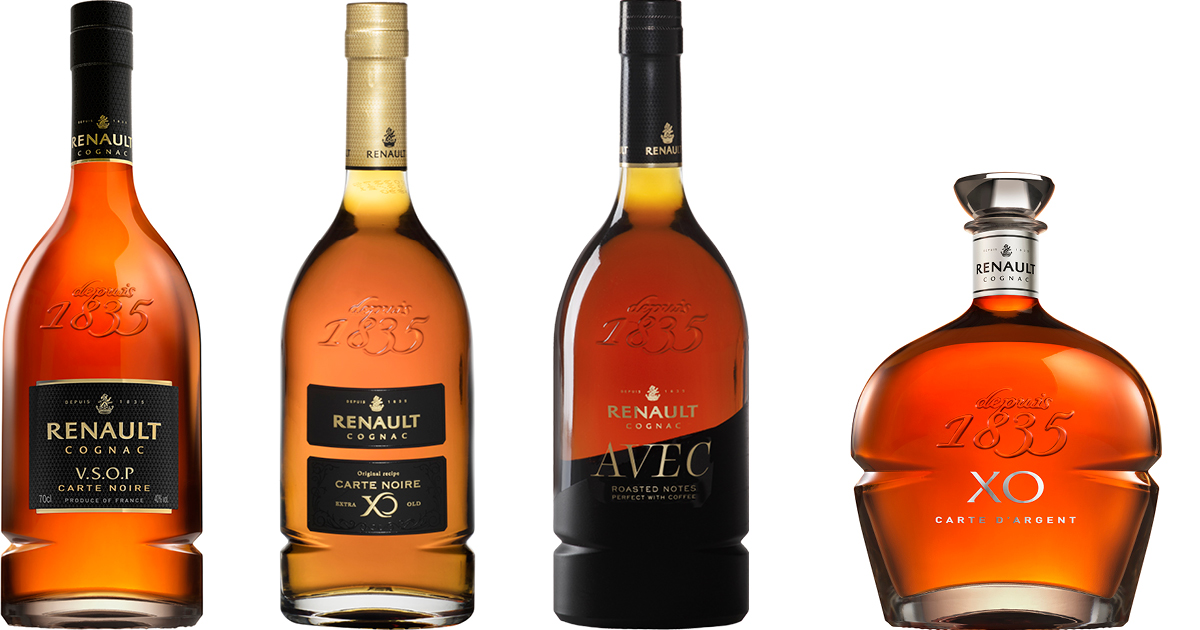