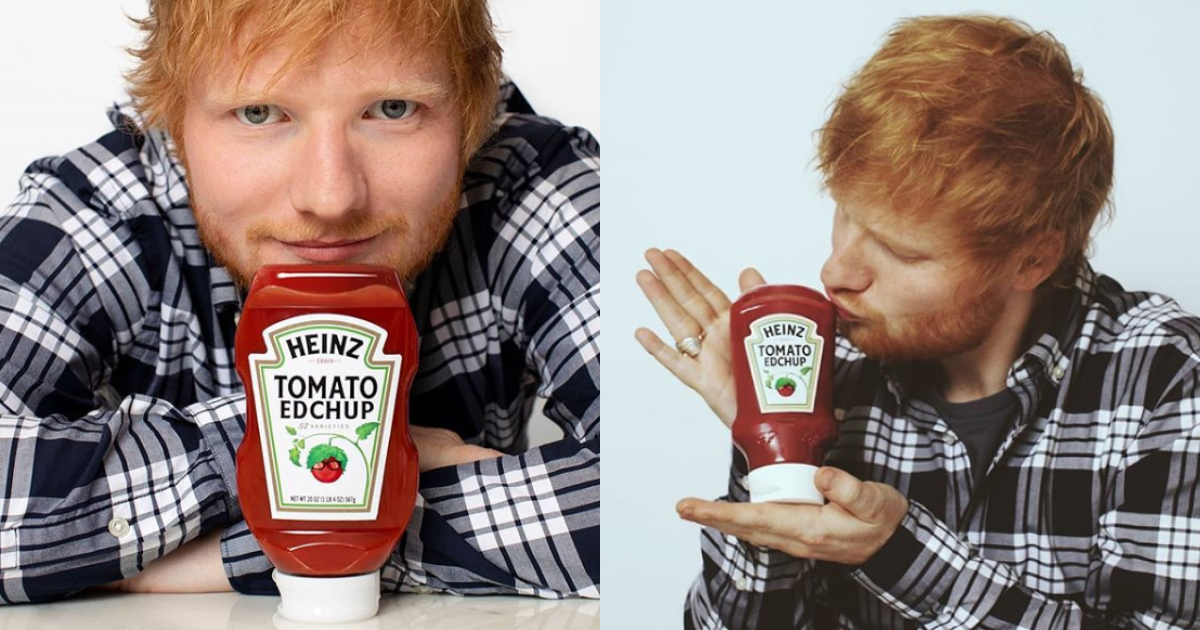 Heinz and Ed Sheeran in a collaboration: Create the ‘EdChup’

When a dedicated fan who happens to be one of the greatest singer-songwriters approaches you with an idea, you team up. This is the story of the collaboration between Heinz and Ed Sheeran.

It all began on Instagram. Here, Ed Sheeran posted:

“Yo @Heinz I have an idea for a TV ad if you wanna do one, if not I won’t be offended, I could never be mad at you…have your people call my people. Lots of love, your biggest fan x.”

When seeing the Instagram post, Heinz couldn’t pass up the opportunity to join forces with Ed Sheeran – one of the greatest singer-songwriters of the moment and a very dedicated Heinz fan.

The partnership between Heinz and Ed Sheeran is a match made in heaven: they have teamed up to create the ‘EdChup’, the Heinz Tomato Ketchup which Ed loves, but packaged in a limited-edition bottle.

And the timing couldn’t be better. Ed Sheeran approached Heinz in April, and the collaboration was announced on World Ketchup Day, on June 5. Ed Sheeran captioned a picture of himself kissing a bottle of Edchup, adding the hashtags, “#Edchup #KetchupDay #EDxHEINZ #TheDreamThatKeepsOnGiving.”

As Ed Sheeran wrote in his first approach to Heinz, he had an idea for an advert. The idea is now reality:

As Heinz states on YouTube: “Heinz Tomato Ketchup superfan, Ed Sheeran, came to us with a great idea for a Heinz Advert based on his own experience. We were thrilled to make it happen. From one super fan to another. It has to be Ed Sheeran and Heinz.”

Brand of the month, Finland: Sun Lolly Scroll to top